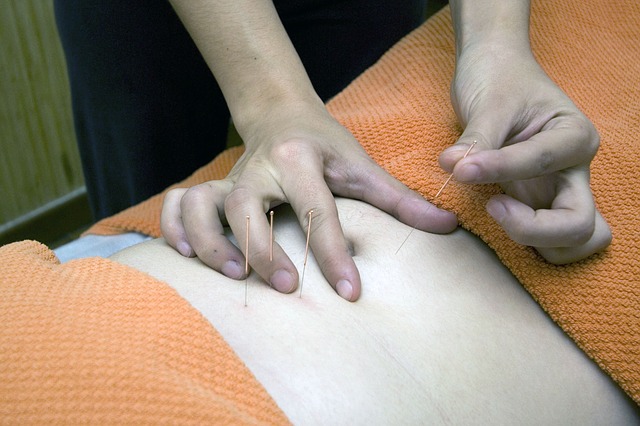 Acupuncture is an ancient Chinese healing practice that involves poking the skin with extremely fine needles to regulate the ‘chi’ and restore the natural balance of the body. It remains a popular alternative medicinal practice, however, scientific results for its effectiveness have been characterized as inconsistent. It has been characterized as pseudo-science or quackery, and no scientific basis for the ‘chi’ has been found. Nonetheless, many people believe in its healing power and undergo the procedure. It is safe when performed by trained practitioners with clean needles. There is no significant harm in undergoing acupuncture.

Traditional Chinese medicine believes that a healthy body is the result of a harmony between the yin and yang of the chi (the life force). If there is an imbalance between the yin and yang and the chi is disturbed, a person falls sick. They chart out 12 meridians or pathways in the human body through which the chi flows. About 350 points have been appointed to access the chi. An acupuncturist inserts the needles in a specific combination depending on the needs of the body and restores the natural harmony of the body. Consequently, health is regained.

The skills of the acupuncturist determine whether you will feel any pain during the process. Adequately skilled healers can perform the procedure without inducing any pain at all.

Science has not found any evidence for the existence of meridians. However, it could not completely shun the healing experienced by patients after undergoing acupuncture. Some researchers have attributed it to the placebo effect. The belief that something is going to make you feel better can improve your health as well. Some research even found out that the position of the needles does not matter! The placebo effect stands still.

However, others have turned to neuroscience to explain acupuncture. The points to access chi are located in places where nerves, muscles, and connective tissue are found. When the needle is poked in these places, the blood flow increases simultaneously with the activation of the natural painkillers of the body. These painkillers inculcate a sense of relief in the patient and make it appear that the treatment is working. Thus, in the short term, even if acupuncture brings some relief, it is not a cure for the disease in the long run. Even when people undergo acupuncture, they do so with a combination of other practices as well. So the healing can never just be attributed to acupuncture in this case.

If performed by a trained, experienced practitioner using clean needles, it is a safe process. However, if administered improperly, it can cause infections. In the case of the re-use of needles on multiple people, the risk of HIV and other diseases increases. People with cancer or an existing infection are not recommended to undergo this process. In case one has a pacemaker or other electrical devices implanted, electro-acupuncture should be avoided. It is safe to practice on children and pregnant women as well.

Since acupuncture is said to be the most popular alternative medical procedure performed worldwide, it needs to be regulated and the safety of the procedure to be ensured as done with any other medicinal practice. Across the world, special bodies of governance have been established to regulate the practice.  The World Health Organization recommends that before being licensed or certified, an acupuncturist receive 200 hours of specialized training if they are a physician and 2,500 hours for non-physicians; many governments have adopted similar standards. Japan, Korea, China have extensive regulations for acupuncturists. At least 28 European countries and the USA also have a monitoring and licensing body to regular the procedure.